Celebrities can sell products, convey ideas, and create interest –  and in all these capacities they have the power to enact change. You may be surprised to learn that the average marine science conference is teeming with rockstars within the ocean world.  Well-known figures, respected and recognized by name if not by face, can be found across the world contributing to the body of scientific knowledge. However, science celebrities are rarely featured in the public eye,  and herein lies the problem.

The marine science field has tried to engage some of America’s most well-known celebrities – actors and actresses – to represent ocean issues through events like the 2010 Mission Blue Voyage. Led by TEDx and marine-science celebrity Sylvia Earle, this four-day cruise raised over $15 million for projects around the Galapagos and included Hollywood stars Edward Norton, Glenn Close, Leonardo DiCaprio, and others. Foundations and other marine organizations also reach out to celebrities for their endorsement. I have been working with the Thank You Ocean Campaign, a public awareness campaign led by the state of California and the National Oceanic and Atmospheric Administration (NOAA) Office of National Marine Sanctuaries,  which works to unite voices and amplify messages to raise ocean awareness and promote everyday actions that protect the ocean.  Thank You Ocean has garnered the endorsement of actor Edward James Olmos in a PSA about keeping our oceans free of trash, and Cat Cora has offered her voice for sustainable seafood which has helped disseminate these positive ocean messages beyond the campaign’s typical audience. 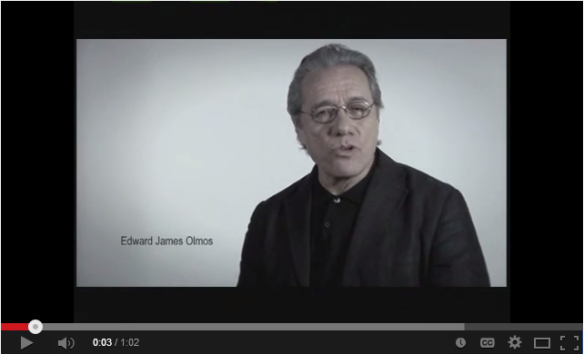 Edward James Olmos speaks on behalf of clean beaches for the Thank You Ocean campaign.

While this level of engagement can reach millions across the U.S. and educate other influential figures, the ocean is a global resource that requires coordinated international efforts to protect. In June 2014, the U.S. Department of State gave celebrity a chance when it held the Our Ocean 2014 conference, and the news coverage reflects that the audience was listening.  Leonardo DiCaprio, founder of the Leonardo DiCaprio Foundation, gave an opening speech on the second day that touched on his personal experience with declining ocean health. He spoke about the need to act now for the sake of future generations, and the importance of “stepping up” to address challenges head-on. He also committed $7 million to meaningful ocean projects, and his foundation has created partnerships with prominent marine conservation groups working all over the world.  This type of collaboration has sparked public conversations and set an example among his peers in how to use their status as celebrities for positive environmental (and professional) purposes. 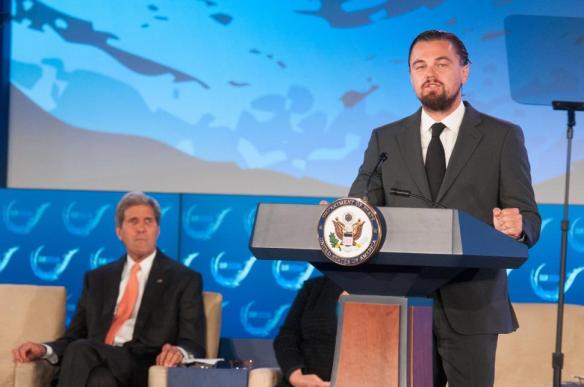 DiCaprio focused on the conference’s priority issues – marine pollution, sustainable fisheries, and ocean acidification – through his personal experiences in diving, traveling, and fundraising over the last twenty years.  It’s always a challenge to transform bulky science words into concepts that will make people change their behavior, but his call to action was a high-profile request to world governments and other foundations to “step up” to the plate, create and enforce strong marine laws, and work with colleagues to effectively manage our oceans.

This final message is the most important: celebrities can be allies, partners, and advocates for improving the health of our oceans.  They can become our colleagues. Celebrities like DiCaprio help bring together experts, bridge international differences, and translate science; and when policies rely on the influence of the public and politicians alike, celebrities can act as mediators that enact positive change.

Cat Cora, celebrity chef and known for her featured role on Iron Chef, speaks for sustainable seafood choices for the Thank You Ocean campaign.

I hope that the next conference I attend will feature my marine science heroes as well as celebrities who are interested in lending their voice and their energy toward the important work being done to help our oceans.